Kansas was well-represented at the 27th NSF EPSCoR National Conference last week in Portland, Maine, with a group of two faculty, three staff members, two students, and one administrator making the trek.

With talks ranging from economic development to community engagement, the conference not only inspired — it planted the seeds for collaboration among the 440 attendees, who traveled from 25 states and three territories supported by the U.S. National Science Foundation Established Program to Stimulate Competitive Research (NSF EPSCoR).

Hosted by the University of Maine’s EPSCoR office, the four-day event featured a variety of topics and speakers. For example, one talk explained how scientific research stimulated economic growth for Maine’s seafood industry. Another discussed how to engage community partners in research. Data management, team science, and broadening participation were just a few of the many breakout session topics.

Several members of the Kansas cohort presented at the conference. Dr. Burgin spoke about how to manage a successful Track-2 EPSCoR grant and shared strategies for achieving tenure. Dr. Bode shared tools for effectively communicating science. The students each gave poster presentations about their EPSCoR-funded microbiome research.

Maine was one of the first five states funded by NSF EPSCoR in 1980. Since then, roughly half of the states in the U.S. along with Guam, Puerto Rico, and the Virgin Islands have received EPSCoR support, with Kansas joining in 1992. All 28 EPSCoR jurisdictions were represented at this year’s conference.

What is Kansas NSF EPSCoR?

The National Science Foundation Established Program to Stimulate Competitive Research (NSF EPSCoR) ensures every citizen has access to STEM experiences by increasing research capacity in traditionally underfunded regions of the country—like Kansas. For every dollar it invests in Kansas, the state gets back twice that in non-EPSCoR funding. 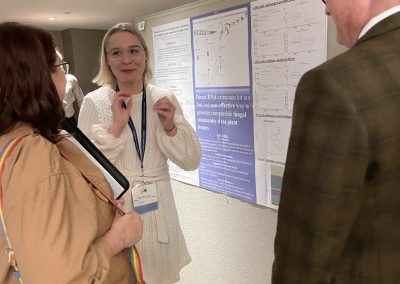 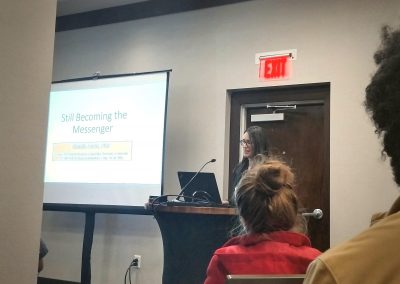 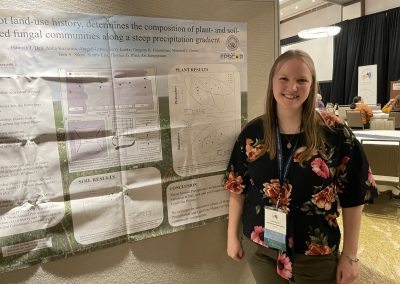 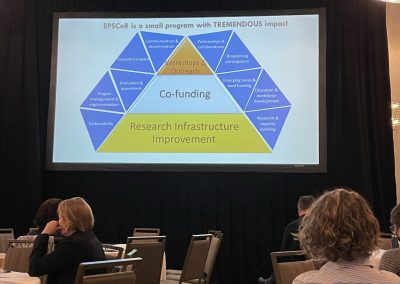 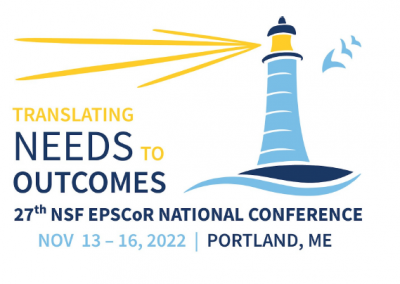 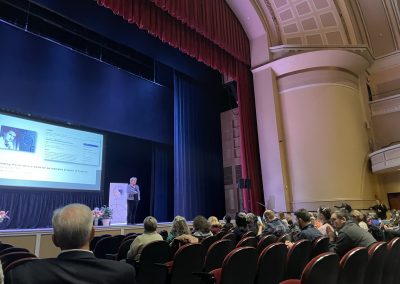