This fall the Haskell Environmental Research Studies (HERS) summer institute program was recognized with an Award of Excellence in the talent category by the University Economic Development Association (UEDA).  Jay T. Johnson, professor and associate chair of geography and atmospheric sciences at the University of Kansas, accepted the award at the UEDA Summit in San Antonio in October.

The HERS institute competed against other North American initiatives in a six-month process UEDA says includes “application, peer review, online presentations, and, ultimately, selection by attendees of the annual UEDA Summit as category leaders. These projects represent the top university-based economic development initiatives in the country, as judged by their peers.”

HERS offers an eight-week summer program in Lawrence, Kansas, to prepare Native scholars for graduate school through mentoring and learning experiences, in and out of the classroom. The program started as the brainchild of Daniel Wildcat, Professor of Indigenous and American Indian Studies at Haskell Indian Nations University.  In 2009, Dr. Wildcat teamed up with Joane Nagel, KU distinguished professor of sociology, to establish HERS as an ongoing partnership between Haskell and Kansas NSF EPSCoR.

Since its first summer in 2009, HERS has trained more than 110 Native students with affiliations to 60 tribal communities. And at least 45 of the interns have gone to graduate school.

Congratulations for this well-deserved honor!

Related news about the HERS Institute from Kansas NSF EPSCoR. 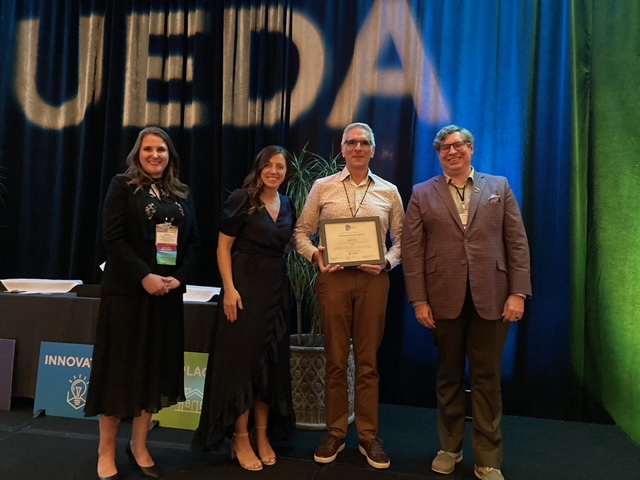