The hub includes Indigenous scientists, students, and scholars from Alaska, Louisiana, Hawaii, and Puerto Rico. Other contributors include the National Center for Atmospheric Research, the Scripps Institution of Oceanography, and the Indigenous Peoples Climate Change Working Group.

For 15+ years, Dr. Wildcat has shared his wisdom, innovation, and expertise with researchers across Kansas. As a Yuchi member of the Muscogee Nation of Oklahoma, Dr. Wildcat played a lead role in several NSF EPSCoR Track-1 projects and founded the Haskell Environmental Research Studies (HERS) Institute, which has trained 110 Native scholars since 2009 and will host its 11th cohort of Native scholars in 2023 with funding from a Kansas NSF EPSCoR Track-1 microbiome project.

When asked by Lawrence Journal World about his role as the leader for the new science hub, Dr. Wildcat said:

“It’s clearly the biggest challenge I’ve ever faced in my career, but I’m approaching this as when you’ve been involved in education, teaching, research, writing as long as I have, I guess you consider yourself lucky when you get a chance like this to play such an important role in a large project like this.”

Enhancing research capacity in underfunded states like Kansas is a hallmark of NSF EPSCoR. For every dollar it pumps into research, Kansas receives more than double that in non-EPSCoR research funding.

Dr. Wildcat’s new science hub is just one of many examples of how EPSCoR investments plant the seeds for research capacity to grow and prosper, benefiting the state—and the country. 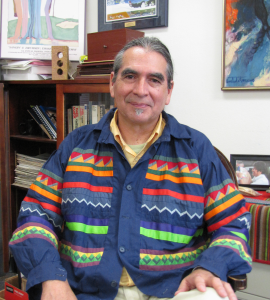