On the road again with microbes 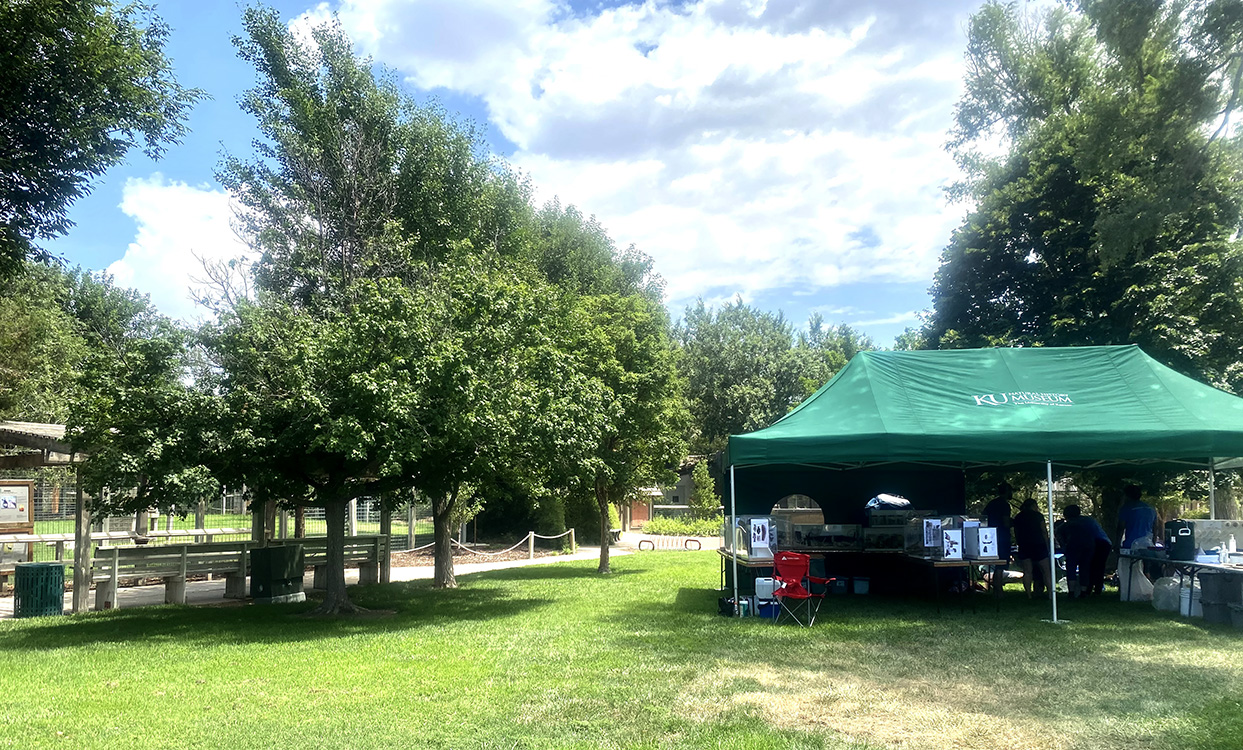 Traveling museum pops up at the Lee Richardson Zoo in Garden City, Kansas, on July 24, 2022, as part of a state-wide tour to educate Kansans about bacteria, fungi, and other microbes found in nature.

“Microbes on the Move,” a traveling program by the University of Kansas Biodiversity Institute and Natural History Museum, went on the road again this summer, giving hundreds of Kansans a chance to peer into the hidden world of bacteria and other tiny life.

Trekking over 700 miles in five days, the pop-up museum’s large green tent stopped first at Salina’s public library on July 22. It then jetted to Dodge City’s library on July 23 and finally to the Lee Richardson Zoo at Garden City on July 24 before returning home to Lawrence.

“So excited to be out doing outreach for Microbes on the Move,” tweeted KU undergraduate student Margot Lockwood who was one of several facilitators leading activities for the exhibit.

So excited to be out doing outreach for Microbes on the Move with @kunhm pic.twitter.com/8s0z3K8vHR

Despite the heat, turnout was strong. Close to 400 visitors stopped by for the fun activities and to check out a slew of specimens—from twigs to taxidermy, bones to biofilms.

Survey responses from attendees were overwhelmingly positive, according to Teresa MacDonald, associate director of informal science education at KU’s Biodiversity Institute and Natural History Museum. She said that all but one of the 32 visitors surveyed said they learned something new about microbes and that the activities made them more interested in microbes.

MacDonald and her team created the portable museum program in 2018 with funding from Kansas NSF EPSCoR, an initiative aimed at enhancing research and education across the state. In 2020 a National Science Foundation project led by KU Associate Professor Maggie Wagner enhanced the pop-up exhibit by translating materials into Spanish.

Before touring Central and Western Kansas this summer, the mobile microbe museum has popped up in Independence, Wamego, Topeka and several other Kansas towns. Plans are underway to go on the road again, especially to rural communities where science learning opportunities are less accessible.