Celebrating champions on the court (and in the lab) 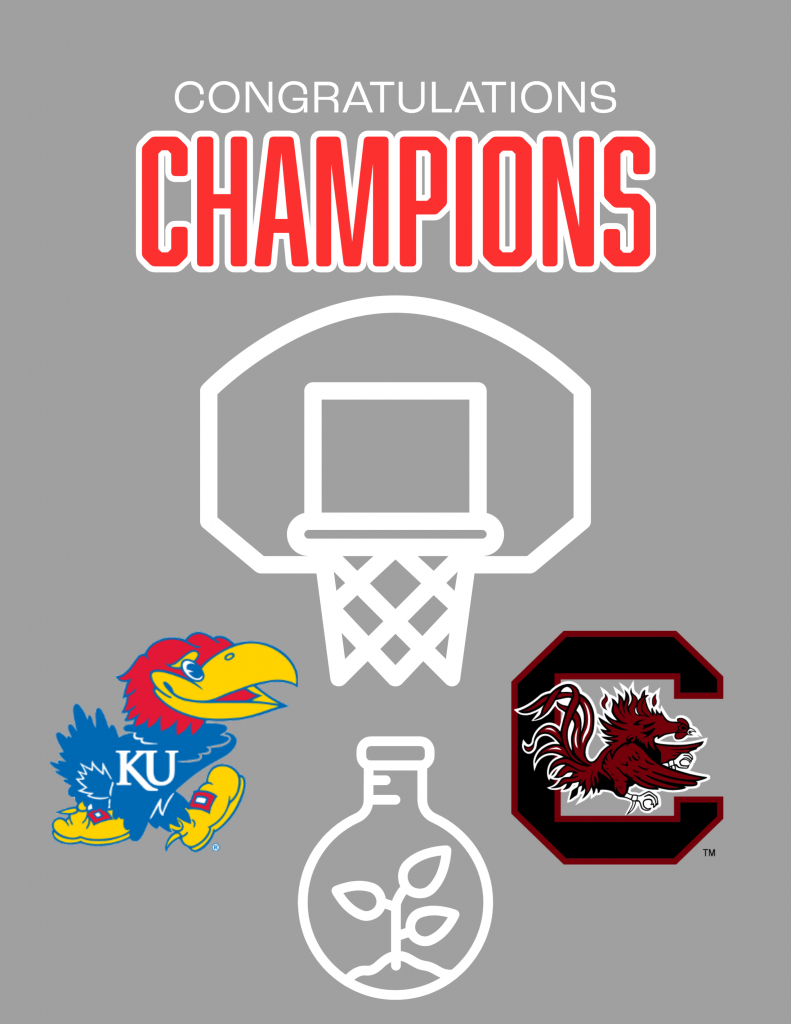 The month of madness is finally over, and two teams stand victorious: one by fiery comeback; the other never giving up its lead.

On April 4, the University of Kansas Jayhawks nixed a double-digit deficit to win the men’s NCAA basketball tournament. Their win came a day after the South Carolina Gamecocks dominated the women’s tournament, winning the championship title by a margin of 15 points.

Jayhawk and Gamecock players have more in common than the taste of sweet victory. They both hail from NSF EPSCoR eligible states, where infrastructure investments score scientific discoveries.

EPSCoR is short for Established Program to Stimulate Competitive Research. It was created by the National Science Foundation in 1979 as a clever strategy to level the research playing field across the country.

Much like how coaches build winning teams, NSF EPSCoR builds winning research opportunities. It does this by equipping labs, bolstering ace scientists, and fostering collaboration. It also supports education efforts to give untapped talent access to the research arena.

Whether it’s on the court or in the lab, achieving greatness takes practice and perseverance, teamwork and tenacity, strong leaders and a splash of good luck.