In the Zone: New method to gauge nutrient flow across buffer zone between land and streams 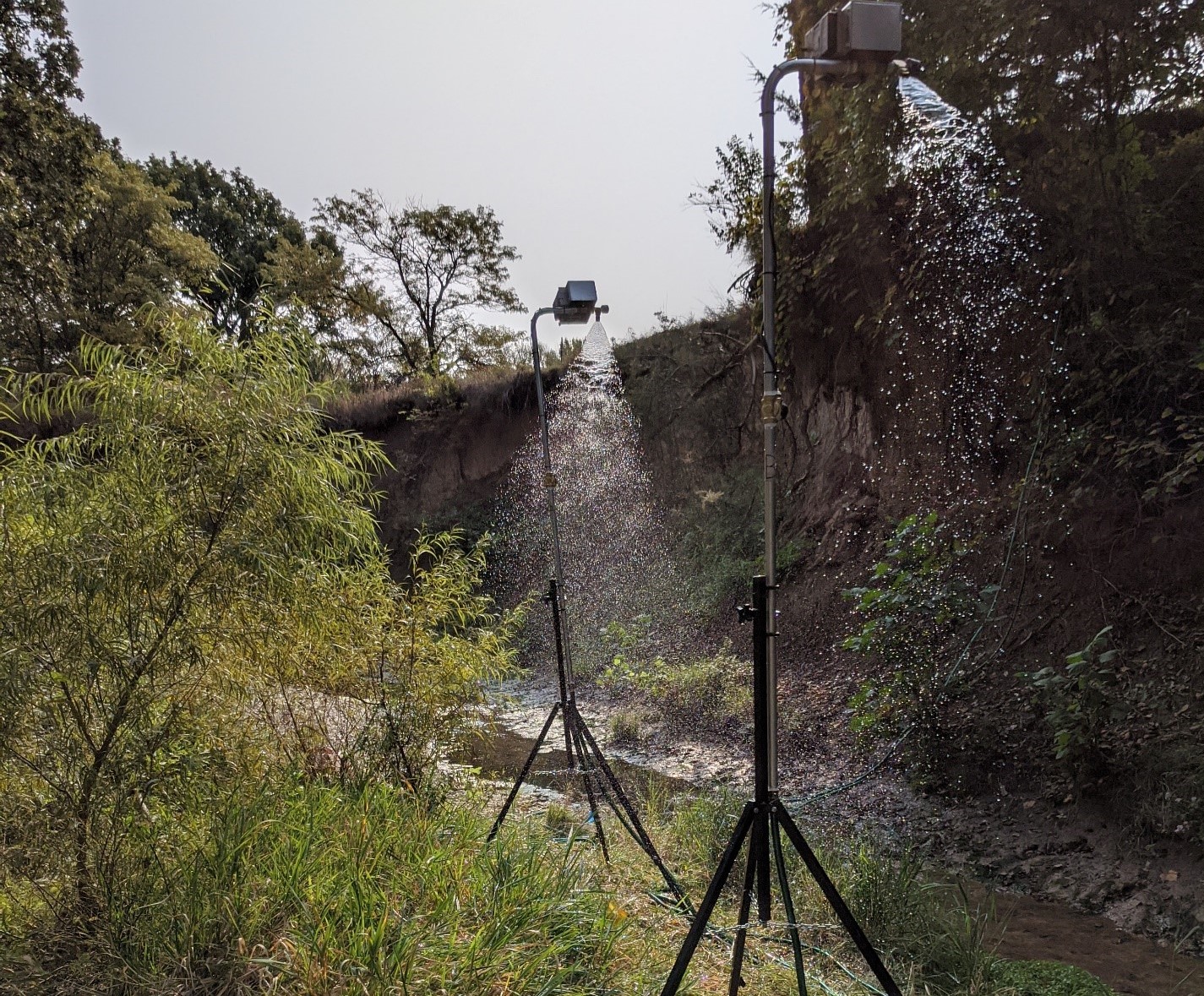 Contaminated waterways are a major problem in agricultural regions.

Much of this contamination comes from storm-soaked farmland, where the rainwater sluices nitrates from fertilized crops or animal waste, and then whisks it downhill to nearby streams and rivers.

Recently scientists from Kansas and Nebraska teamed up to see if the areas bordering streams and rivers—called riparian zones—could block agricultural runoff and other pollutants moving across the landscape.

To do this they first set up an experimental method to simulate rainfall. Then they designed a new way to track nutrient flow across the land/stream interface by combining pre-existing methods designed for land or stream systems.

“Aquatic and terrestrial researchers often work separately on the relationship between movement of pollutants and the storms that move them,” said Walter Dodds, professor of biology at Kansas State University. “We combined a method to simulate precipitation from terrestrial researchers with a tracer release approach commonly used in stream studies.”

The results confirm that riparian zones retain significant amounts of nitrates and other materials, as reported in the journal Methods in Ecology and Evolution.

“We found that ammonium removal was highly efficient in the riparian zone of a tallgrass prairie stream, and ammonium uptake in the stream channel was also significant. This allowed us to assess the influence of atmospheric nitrogen loading at the stream/land interface,” said Dodds.

The project was a centerpiece of undergraduate Gretchen Wichman’s research experience at Kansas State University. Scientists at the University of Nebraska-Lincoln also contributed to the work.

The experiment was conducted at the Konza Prairie Biological Station with partial funding by Kansas NSF EPSCoR, a National Science Foundation initiative aimed at enhancing research and education across the state.