The Kansas NSF EPSCoR First Award program assists early-career faculty to become competitive for funding from the research directorates at the National Science Foundation by:

1) encouraging early-career faculty to submit proposals to the NSF (or other federal funding agency) as soon as possible after their first faculty appointment, and

2) by accelerating the pace of their research and the quality of their subsequent proposals.

First Awards are intended to be single-investigator awards to support the PI’s research program at their institution.

Any tenure track faculty member who is currently nontenured at the assistant professor rank at the University of Kansas (KU), Kansas State University (KSU), Wichita State University (WSU), Emporia State University (ESU), Fort Hays State University (FHSU), Pittsburg State University (PSU) or Washburn University; is within the first three years of his/her faculty appointment; has not previously received a First Award or similar funding from another EPSCoR or EPSCoR-like (Centers of Biomedical Research Excellence, COBRE) program in Kansas; and is not currently nor has previously been a lead Principal Investigator of a research grant funded by a federal agency. Individual investigators may submit a total project budget of up to $100,000 in direct costs to the MAPS First Award program. Only projects with research in areas that are related to the current Kansas NSF EPSCoR MAPS focus of microbiomes as broadly construed to be in aquatic, plant and/or soil systems were considered. The following individuals and their research projects were awarded MAPS First Awards in the Spring of 2021:

Descriptions of each project are taken directly from the recipient’s project overview within the proposal. 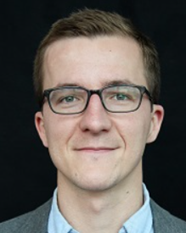 Influences of urbanization on the tipping points of benthic algae mat growth, decay, and toxin production

The goal of this FIRST program is to transform our understanding of how urbanization alters the growth, decay, and toxin release cycles of benthic cyanobacterial algae. The FIRST goal is contextualized within three primary research questions:

My overarching hypothesis is that urbanization will lead to greater growth rates in streams and subsequently greater toxin release when mats senesce, stress, or are sloughed. I plan to test my overarching hypothesis by combining novel data-streams generated from (1) high-frequency aquatic sensors, (2) storm- and lowflow sampling campaigns, and (3) toxin abundance and gene expression characterization. The testbed of this study is Johnson County, which has seen a 34% population increase in the last two decades. Three watersheds are selected: Blue River (21% urban, 170 km2),

Mill Creek (62% urban, 150 km2), and Indian Creek (90% urban, 168 km2) because of the similarity in their soil, geologic, and meteorological characteristics, but differing land use. In pursuit of this goal, the objectives of this FIRST proposal are to (1) Employ an aquatic sensing platform of fixed and mobile stations to monitor factors and develop predictive tools of mat incidence and death, (2) Assess the loss of benthic mats to physical drivers through storm sampling and physically-based modeling, and (3) Evaluate how biochemical drivers impact release of harmful and nuisance toxins through low-flow sampling and regression models.

The proposed work uses interdisciplinary methods to address two of the fundamental challenge of the 21st century: managing the nitrogen and providing access to clean water. This work addresses the understudied potential of benthic algae to contribute harmful and nuisance toxins to waterways. The proposed research makes three contributions to further these efforts: (1) the advancement of our ability to monitor factors and develop predictive tools of toxic mat incidence and death, (2) the advancement of how urbanization alters the incidence of benthic mat formation and toxin production, and (3) the advancement of how can land management be best informed by new datasets. Linking together high-frequency temporal and spatial datasets together with logistical and physically-based modeling brings a novel perspective to methodological approaches for tackling benthic HABs. These advancements improve watershed remediation efficiency, protect public health, and further our understanding of toxin fate and transport in built and natural environments. 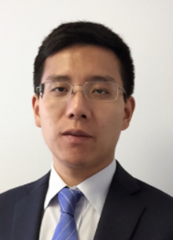 The terrestrial and aquatic microbiomes play critical roles in mediating ecosystem function, sustaining agriculture, and maintaining soil health and water quality. There is an increasing need to quantitatively understand the spatial-temporal abundance evolution pattern of a broad family of microbiomes and their complex interactions with the environment/climate. However, the microbiome environment evolution demonstrates complicated spatial-temporal heterogeneities, multi-level correlations and cross-correlations, and multi-source uncertainties. It is beyond the capability of conventional biological approaches to synchronically address these challenges, while the advances in big data science bring tremendous opportunities and potential to solve the problem. Motivated by the real need, the objective of this project is to view the problem from a systems engineering perspective and pioneer a unified big data driven Spatial-Temporal Analytics (STA) paradigm/platform for modeling, quantifying and dynamic forecasting of the abundance evolution of microbiomes while integrating the interaction effects with various environmental factors. This STA platform synchronically addresses all the aforementioned challenges via leveraging an ensemble of statistical and artificial intelligence approaches to harness the massive spatial-temporal database of microbiome-environment evolution, and it is applicable to a wide class of terrestrial and aquatic microbiomes.

The project success will contribute fundamentally to the science base of microbiome-environment evolution modeling, interaction quantification, and dynamic forecasting from a systems engineering perspective. A unified data-driven STA platform applicable to a broad range of terrestrial and aquatic microbiomes is created that simultaneously quantifies the spatialtemporal heterogeneities, multi-level correlations and cross-correlations, and multi-source uncertainties among the evolution of microbiome abundance and relevant environment. This STA
platform establishes data-driven solutions via leveraging an ensemble of statistical and artificial intelligence techniques into harnessing the massive spatial-temporal database of microbiomeenvironment evolution, which significantly complements the conventional biological approaches. Through the STA platform, the state-of-art knowledge on microbiome-environment will be advanced with two essential questions being quantitatively answered: (1) how do microbiome abundance distribution along with its relevant environmental factors, respectively, evolve over the space and time; and (2) how do those environmental factors dynamically impact the microbiome abundance evolution. 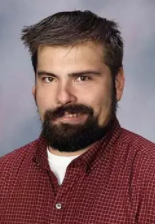 In this proposal, we outline an experiment to utilize whole genome sequencing and bioinformatic techniques to investigate two objectives; 1) Identify the impacts of local human use on the evolutionary genomic patterns on genus bacillus, and 2) Investigate the impacts of a natural precipitation gradient on the genomic evolutionary patterns of the genus bacillus. We will culture 150 Bacilli colonies from each of four different lakes along the natural longitudinal precipitation gradient across the state of Kansas. Comparisons of genetic diversity between locations that experience high human traffic
and locations that experience low human traffic within the same lake should illuminate the impacts of human use on the genomic evolution and genetic diversity of aquatic bacillus. Additionally, we will compare genomic patterns of the bacilli between each lake to identify the association of possible factors related with precipitation and genomic evolution and genetic diversity in the genus bacillus.

Originally, it was hypothesized that in response to environmental stress, bacteria would increase the mutation rate to facilitate adaptation. However, recently it has been determined that different stressors affect different genomic loci differently. This, combined with the discovery that there is less linkage disequilibrium in bacterial genomes than previously thought, has established that bacterial genomic evolution is more complex than previously assumed. Therefore, there is a need to understand how specific factors affect bacterial genomic evolution to fully understand how aquatic bacteria adapt. This proposal expands on the previous studies because it utilizes genomic sequencing and bioinformatic techniques to provide a clearer picture of the genomic evolution of bacteria in environmental aquatic populations, while the majority of previous studies have utilized singular gene measurements or investigated changes in taxonomy with 16S metagenomic sequencing. Additionally, this proposal extends knowledge of freshwater aquatic bacterial genomic evolution as the most similar studies have focused more on oceanic bacteria.