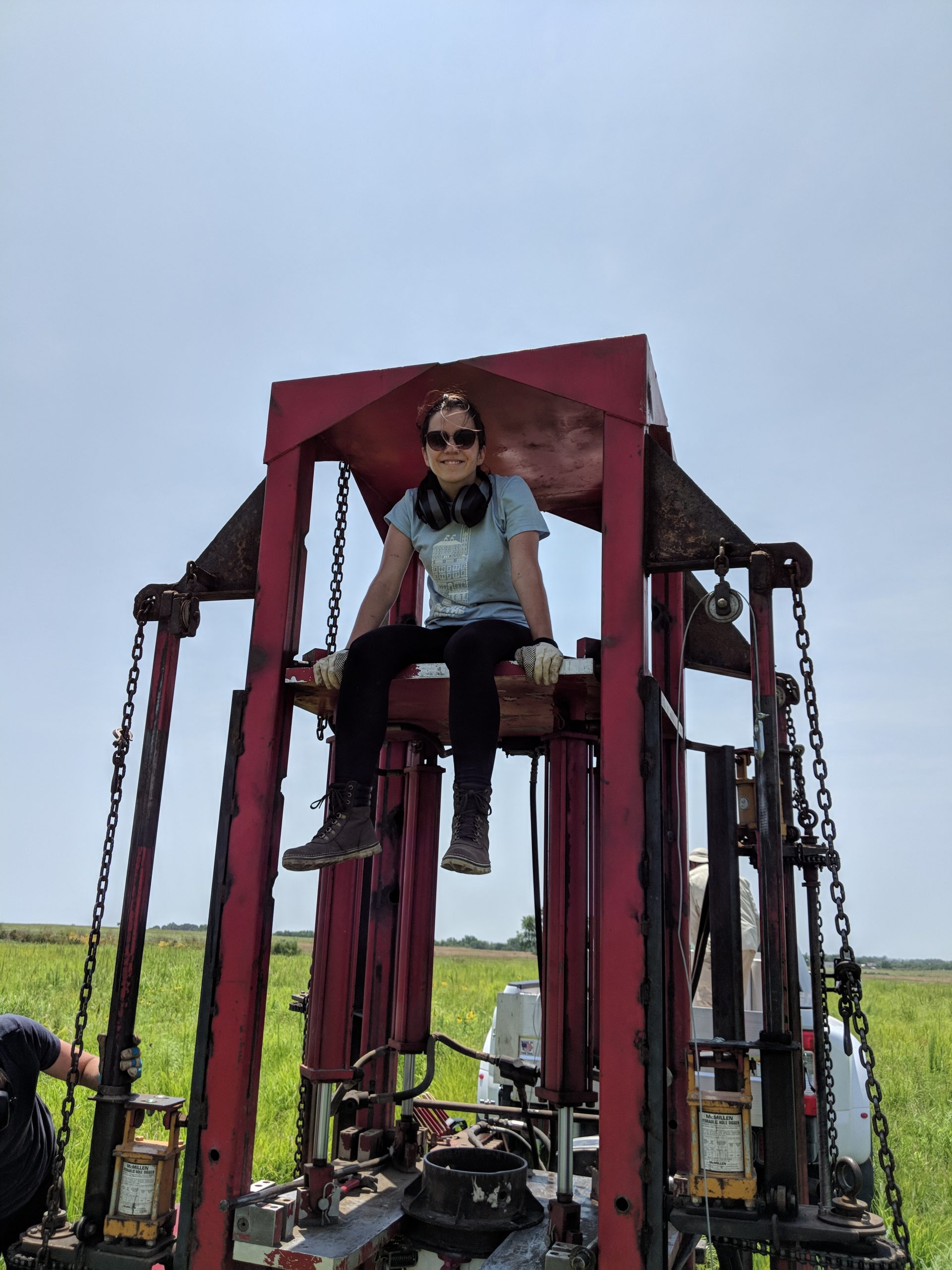 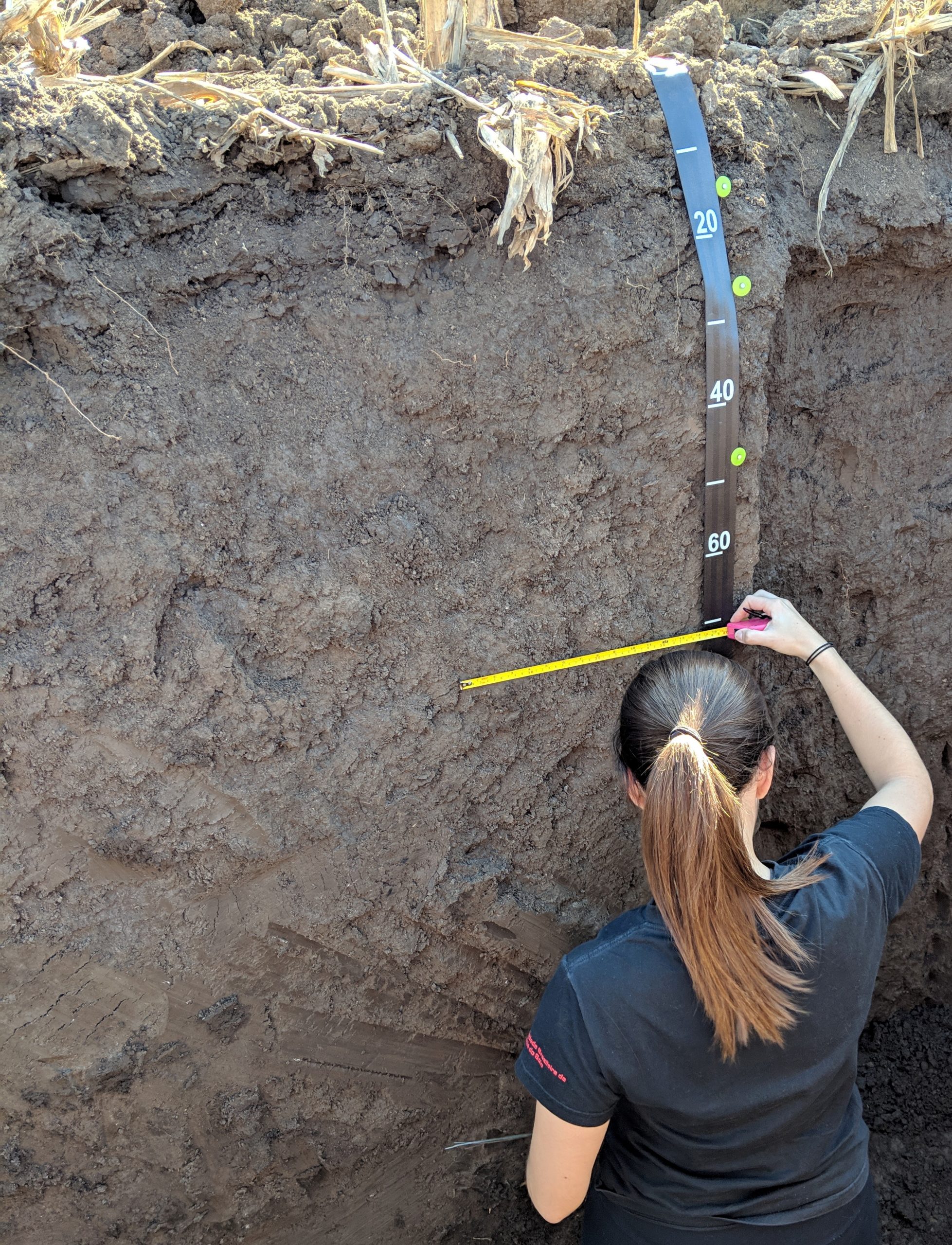 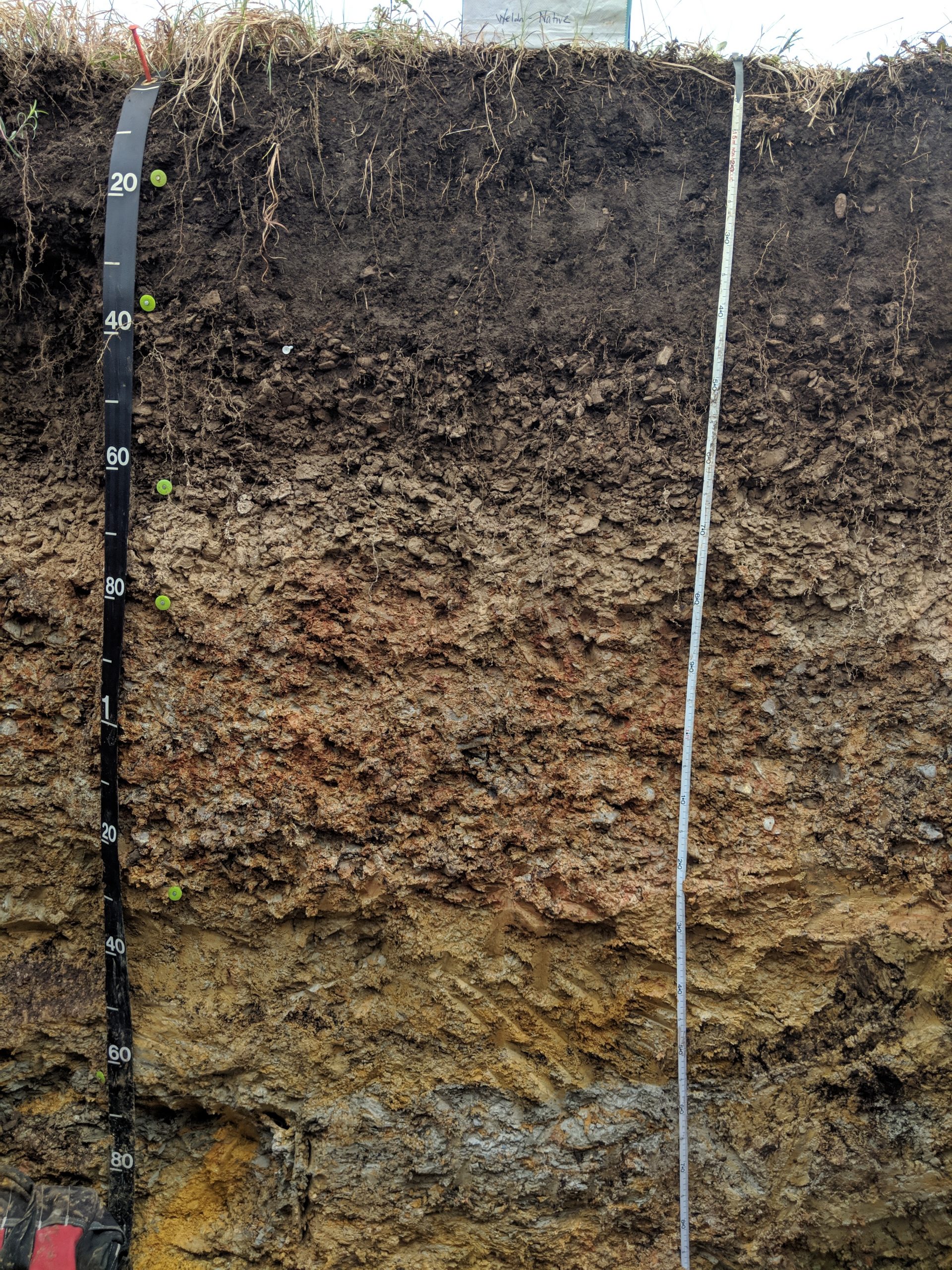 Ligia Souza, a doctoral candidate in Ecology and Evolutionary Biology at the University of Kansas (KU) currently working in the Billings Lab, has always been interested in soil systems. Her interest grew during her master’s program when, as she explained, “I got to explore the ways in which soil physics is affected by abiotic factors.” So when she decided to pursue a Ph.D., she said, “I wanted to go further and investigate how soils respond not only to the abiotic but also the biotic factors and how both interact.” She continued, “It’s fascinating to think about how humans have changed the landscape and, although there are many studies on the effects of anthropogenic activities in soils, the majority of the literature focuses on surface soils.” Ligia is working with Dr. Sharon Billings, Dean’s Professor of Ecology and Evolutionary Biology at KU, Senior Scientist with the Kansas Biological Survey and Co-PI of the Kansas NSF EPSCoR RII Track-1 Award OIA-1656006: Microbiomes of Aquatic, Plant, and Soil Systems across Kansas (MAPS). Her research on the “below ground fingerprints of the Anthropocene” is addressing one of the questions she and the MAPS team are investigating in an effort “to understand how soil biogeochemical cycles are responding to climate change and human activity.”

The title of Ligia’s project is Below ground fingerprints of the Anthropocene: How humans are promoting physical and biogeochemical changes in deep soils. The details of her research are as follows: “Surficial modification of soils due to human influences on Earth ecosystems are well-documented, and recent work emphasizes how climate change can induce rapid alteration of surface soils. However, anthropogenic modifications of natural, deep, below-ground biogeochemistry remain poorly characterized. We combine exo-enzyme measurements, soil structural data, and estimates of actual and potential soil C stocks to understand how changes in land cover can affect biogeochemical cycling deep within soil profiles. We explore these phenomena across a steep precipitation gradient in Kansas. Ratios of alkaline to acid phosphatase activities reveal that soil microbes perceive their pH environment as congruent with actual soil pH to 1 m in undisturbed native prairies (p-value < 0.05). However, in agricultural soils, this relationship falters (p-value = 0.55), suggesting that agricultural soil microbes do not generate sufficient pH-appropriate exo-enzymes for phosphorus acquisition. Aggregate-size distribution varies significantly with land use, with the direction of the change mediated by precipitation regime and the factors controlling shifts in aggregate stability between land uses. For example, native prairie soils are dominated by aggregates smaller than 1 mm at the driest site and by those greater than 2 mm as precipitation increases. This effect is most evident at 2 m, where the proportion of macroaggregates is almost four-fold greater under wetter conditions in native prairie. Varying contributions of clay and organic carbon to aggregate formation at depth reflects the degree to which C can be complexed and, therefore, protected from rapid loss. Finally, agricultural systems exhibit greater estimates of C storage capacity via clay complexation near the surface. These different metrics demonstrate how anthropogenic activities at the soil surface can propagate with depth, sufficiently altering biotic and abiotic features to modify nutrient acquisition, soil structure and its capacity to influence carbon storage, and the depth distribution of carbon storage potential.” As she discussed her research, she said “My favorite part of conducting my research is working in different settings. I get to work in the field, collecting samples and data.  Once the samples are collected, I can run a myriad of analyses in the lab to characterize them biologically, physically, and chemically. Then, I use this information in statistical and GIS software in order to think about the data on different scales.”  The opportunity to work with the MAPS team she said has been beneficial to her because it has provided her with the opportunity not only to enhance her research skill set but also to learn how to collaborate with a big interdisciplinary group of researchers.  She explained, “Although working in larger groups can be a challenge, if there is a collective effort to allow everyone to be heard, it is an excellent opportunity to learn from others in different fields of study.”

Ligia is originally from Belo Horizonte, Minas Gerais, Brazil. She is a 4th year Ph.D. candidate and plans to graduate in May 2022. Prior to attending KU, Ligia earned a Bachelor’s degree in geography and a Master’s degree in Soils and Plant Nutrition from the Universidade Federal de Viçosa – Viçosa, Minas Gerais, Brazil. She was also an exchange student for one semester at the Universidade do Porto – Porto, Portugal. Her prior research experiences included writing an undergraduate thesis titled Geomorphological Compartmentalization and Digital Soil Mapping in Viçosa County, MG, and a master’s thesis titled Modelling of Erosive Processes in Geological Contacts Area in the Alto Paranaíba Region. She has 3 publications: 1. Earth’s soil harbours ancient carbon, Nature Geoscience; 2. Does environmental data increase the accuracy of land use and land cover classification? in the International Journal of Applied Earth Observation and Geoinformation; and 3. Geomorphological Compartmentation and Soil Digital Mapping at Viçosa County, Minas Gerais State in the Geonorte Magazine (in Portuguese). She was also featured as part of the editorial picks in Nature Geoscience: Soil carbon unearthed, 13, 253. In addition, Ligia has co-authored a book chapter, written twenty abstracts and made 6 professional presentations. In 2015, she was awarded the CAPES (Coordination for The Improvement of Higher Level Education People) Scholarship as well as the Wilford Gardner IUSS Congress Fellowship to attend the 21st World Congress of Soil Science in Rio de Janeiro, Brazil. While a student at KU she received the KU Field Station Ida H. Hyde Scholarship for Women in Science Award to attend the 2nd Training in Land Carbon Cycle Modeling at Northern Arizona University, Flagstaff, AZ, and she received two travel awards.

Following her graduation, Ligia wants to pursue a postdoctoral position and explore research career paths inside and outside of academia. She added, “Ultimately, I would love to find a research position that allows me to continue working in the field and in the lab in a place that values diversity and is committed to fighting social and racial inequities.”