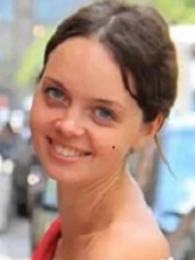 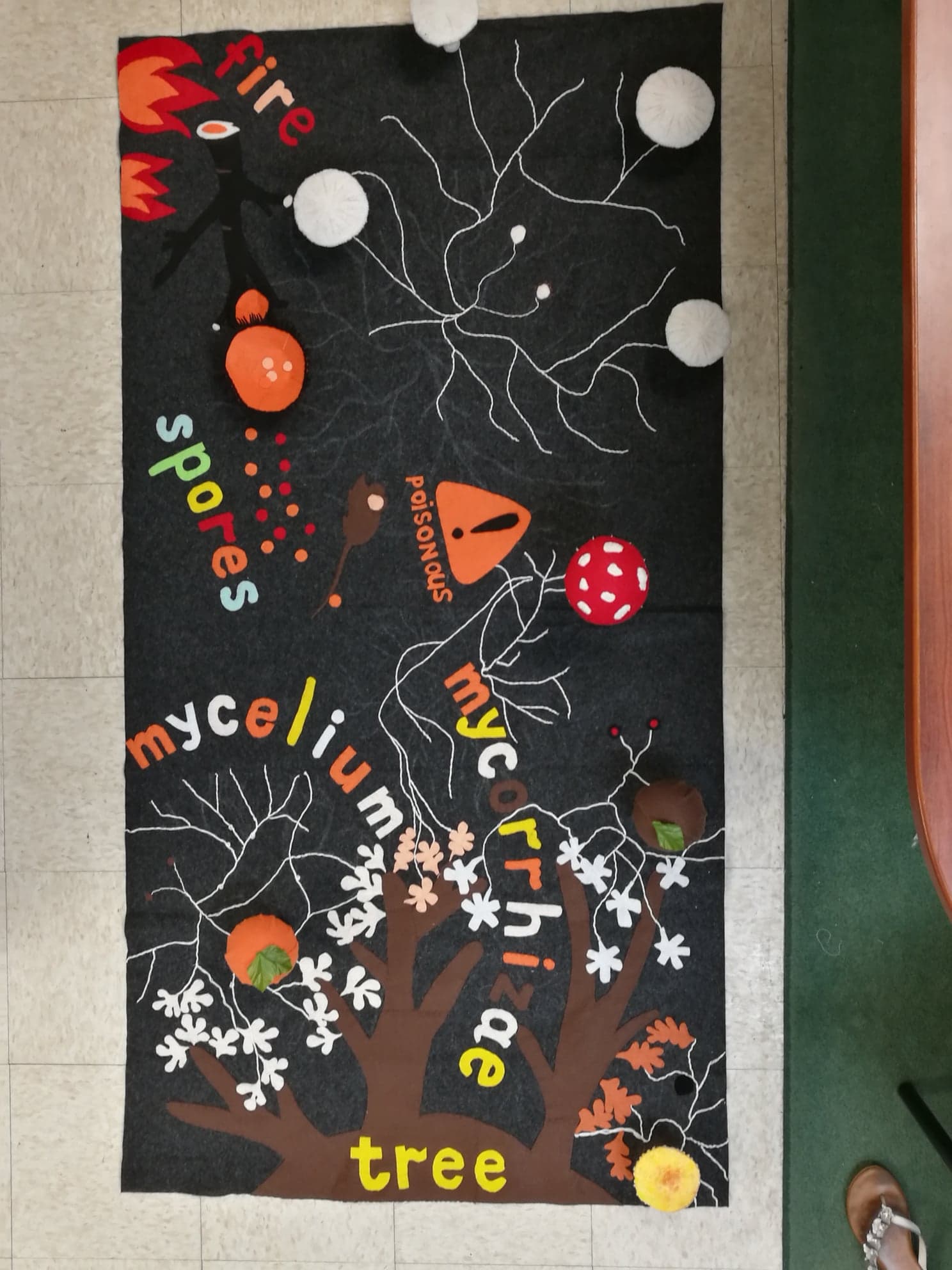 Every year forty-seven children in the US are poisoned from eating mushrooms. With this in mind, Dr. Tatiana (Tanya) Semenova-Nelson thought it was important to teach young children about the possible “dangers as well the importance and beauty of fungi.” Dr. Semenova-Nelson is a postdoc in the Sikes Lab working for Dr. Ben Sikes, Associate Professor of Ecology and Evolutionary Biology at KU, Associate Scientist at the Kansas Biological Survey (KBS), and Kansas NSF EPSCoR RII Track-1 Award OIA-1656006: Microbiomes of Aquatic, Plant, and Soil Systems across Kansas (MAPS) Plant Research Team Leader. Although Dr. Semenova-Nelson was more familiar with working with children older than 10, she realized not working with younger children was a mistake explaining, “We need to teach kids about science, microbes, and fungi when they are little and interested in nearly everything!” So, she decided to create an outreach project for preschool children along with Jacob Hopkins, Don Nelsen, and Paige Hansen, her colleagues in the Sikes Lab. In order to find an audience of younger children, Dr. Semenova-Nelson contacted Teresa Prost, the Executive Director of the Lawrence Child Development Center, and Ms. Prost invited Dr. Semenova-Nelsonand and her team to visit with the center’s toddler and preschool classes.

Dr. Semenova-Nelson said the “main messages of the presentation were, ‘Do not eat mushrooms that you don’t know’, and ‘Do not destroy mushrooms because forest animals need them.'” She used the following example to help the children understand the value of leaving mushrooms alone. They tell the children, “a deer will eat a poisonous fly-agaric mushroom to soothe its stomach-ache, so if you kick and destroy the mushroom, a deer would suffer from an upset stomach.” In addition, she continued, “We taught the children that mushrooms are fruiting bodies of fungi that could be mushrooms, molds, brackets, corals, little plates, or invisible spores.  In addition, we taught the children that all fungi have mycelium, tiny white threads in the substrate.” To engage the students in the lesson, Dr. Semenova-Nelson and her team constructed an interactive blanket with the help of Naomi Betson and Viktoria Sterkhova,  both KU Ecology and Evolutionary Biology staff members. Dr. Semenova-Nelson calls the blanket the “Magic Mushroom Blanket,” and explained it was designed “to show different types of fungi and to introduce the idea of mycorrhizae (tree-mushroom symbiosis).” Using the blanket, Dr. Semenova-Nelson and her team taught students about “mushroom structures such as gills and pores and explained where the spores are located. They told the children that spores can be carried around by animals, too. To introduce the diversity of fungi, the team brought a bunch of moldy fruits, blue cheese, and mushrooms from the store for the students to explore. Then, they used a microscope and let the students investigate different parts of some dried fungi. At the end of the lesson, every child received a coloring page full of mushrooms for their afternoon activity.” In the days that followed Dr. Semenova-Nelson’s presentation, the preschool teachers reviewed the mushroom information with their students and made sure the learning expectations were communicated successfully. The presentation was such a success that parents of the preschoolers requested Dr. Semenova-Nelson to come back next year and asked if she and her team would present the program at their other children’s’ elementary schools.

In addition to this preschool presentation, Dr. Semenova-Nelson and her team  worked with the Girl Scouts and participated in “Eagle Watch Day” in Lawrence, KS. As for future plans, Dr. Semenova-Nelson wants to apply for an outreach grant to write and illustrate a children’s book on mycology. She also plans to collaborate with Dr. Peggy Schultz and her MAPS outreach program, Kansas Ecology for Elementary Students (KEES).