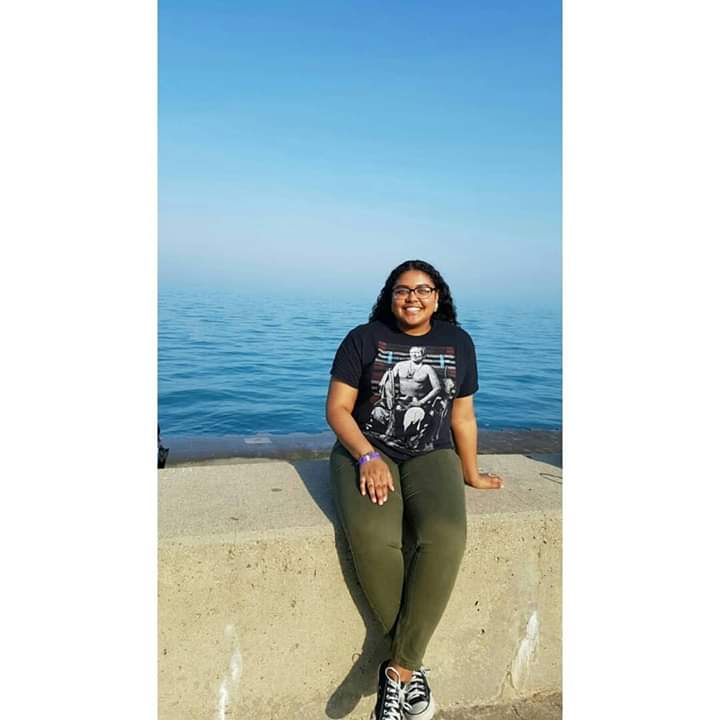 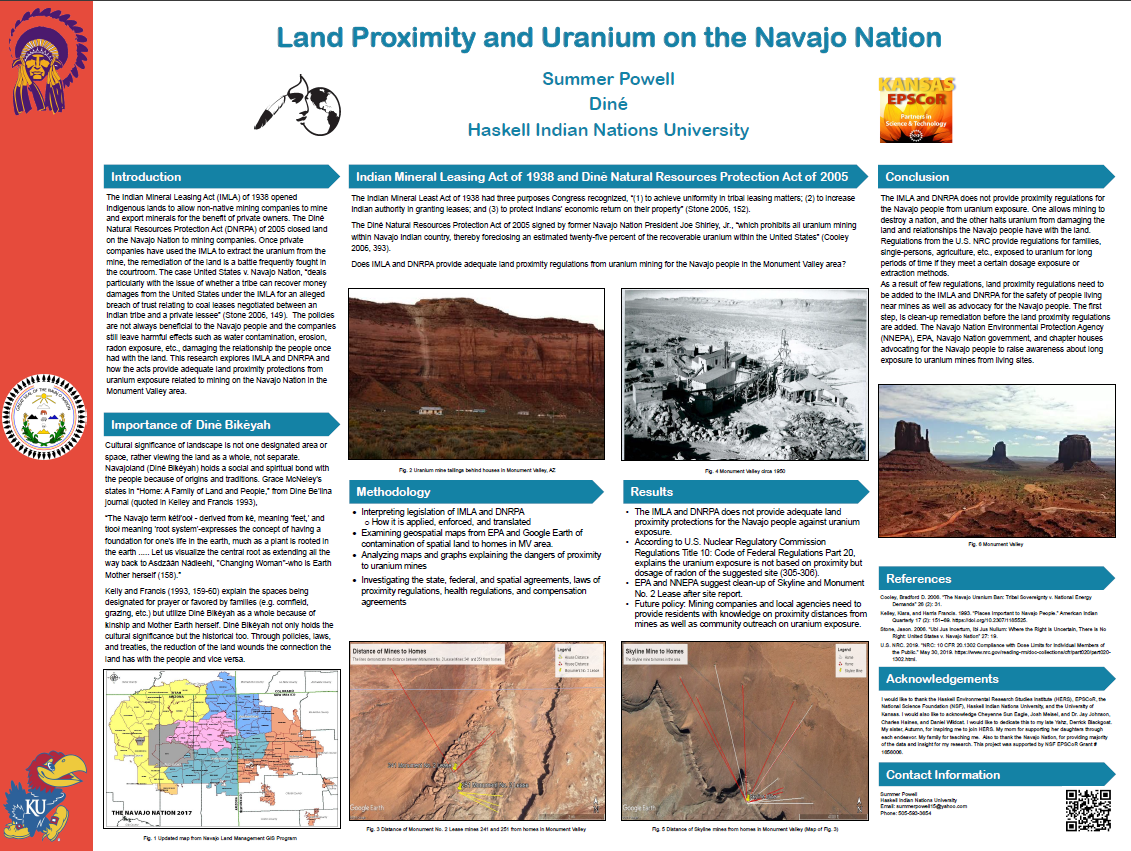 When asked why she chose to participate in the 2019 Haskell Environmental Research (HERS) Institute, Summer Powell responded, “Science has never been my strong suit, so I chose to do a science internship to gain more knowledge and to learn more about a field of study I do not deal with on a daily basis.” The HERS Institute is one of the workforce development and education initiatives supported by the Kansas NSF EPSCoR RII Track-1 Award OIA-1656006: Microbiomes of Aquatic, Plant, and Soil Systems across Kansas (MAPS). Dr. Jay T. Johnson, Professor and Associate Chair of Geography & Atmospheric Science and Director of The Center for Indigenous Research, Science, and Technology (C-FIRST) at the University of Kansas (KU), and Mr. Cody Marshall, an instructor at Haskell Indian Nations University supervise the program. During the institute, undergraduate student interns reside on the Haskell Indian Nations University campus, learn about climate change, and develop individual research projects. Then, students travel to a conference to present their research.

Summer chose to study uranium mining in the Monument Valley because “Uranium mining is a hot topic concerning the health of the Navajo Nation and its people, and I live in a community literally called Old Coalmine.” She titled her project Land Regulations and Uranium on the Navajo Nation. Instead of analyzing data sets, Summer researched the laws and regulations related to uranium mining and land use. Summer explained her research and findings as follows, “My research detailed how the Indian Mineral Leasing Act (IMLA) of 1938 and the Diné Natural Resources Protection Act (DNRPA) of 2005, do not provide adequate land proximity regulations as to where a house or homestead should be located in order to be safe, and how the absence of this specification correlates to negatively impacting the health of the residents of Monument Valley, AZ-UT.  Past research mainly focused on how uranium mining negatively impacts the health of the Navajo people and the destructive impacts mining has on the environment. Uranium mining companies involved in the negotiations with the Navajo Nation have been involved in court cases because they refused to address the harmful impacts such as water contamination, erosion, and radon exposure caused by the mining; thus, damaging the relationship the people once had with the land. Researchers Brugge and Goble created a timeline illustrating uranium mining impacts on the Navajo Nation from its beginning to now, as well as the number of times uranium mining has been a topic of contention in the courts. One case in particular, the United States v. Navajo Nation, argued whether “a tribe can recover money damages from the United States under the IMLA for an alleged breach of trust relating to coal leases negotiations.” (Stone 2006, 149). The court decisions have not always been beneficial to the Navajo people. Even though, the U.S. NRC include policies addressing the damage uranium exposure can have on humans and agriculture, from my research, I found that if the IMLA and DNRPA detailed land proximity regulations, they would better protect people. Therefore, I concluded land proximity amendments need to be added to the IMLA and DNRPA to protect and advocate for the Navajo people living near mines.” Summer presented her research at the University Corporation for Atmospheric Research (UCAR) poster session in Boulder, Colorado last July.

Throughout her research experience, Summer was mentored by Dr. Jay Johnson, Philip Cody Marshall, Cheyenne Sun Eagle, Trina McClure, Dr. Joe Brewer, Brian Lagotte, and Lois Steven’s. When asked what she learned from the HERS experience, she said, “I not only learned about the environment and climate change but I also learned how to be independent. My sister and I are attached-at-the-hip, so taking this internship was different for both of us. I learned about my work ethics, my habits (good and bad), and realized my deep connection to the environment. Every fun memory related to this experience has something to do with the land or the people who once inhabited it.” She said her favorite part of the experience was “working with all the interns, staff, mentors, and directors. The people are what made every memory amazing. Even if I won’t be able to see some interns again for a while, they made this summer unforgettable. Especially when my uncle passed away halfway into my internship. Everyone embraced me with open arms. I want to give a shout out to Taelynn, Shelly, and Sophia (HERS Gals) for supporting and encouraging us even when we all complained.”

Summer is from Window Rock, AZ, a member of the Navajo Nation, and is currently, a senior at Haskell Indian Nations University majoring in Indigenous and American Indian Studies. For the past two years, Summer, her sister, Autumn, and a friend, De’Ja Finley, have co-coached an all-female powerlifting group called the Barbellas. In addition, she has been a representative and treasurer of the Diné Club and a member of the TRiO program. As for her future plans, Summer said, “I plan to finish my undergraduate degree at Haskell Indian Nations University and then take a gap year before going on to law school either at the University of Kansas or Washington University in St. Louis. After that, I intend to keep pursuing my lifelong goal of working for and with my tribal community.

Workforce Development, Education and Outreach funding for the HERS Institute is provided by the Kansas NSF EPSCoR RII Track-1 Award OIA-1656006 titled: Microbiomes of Aquatic, Plant, and Soil Systems across Kansas. The grant’s workforce development and educational objectives are designed to enhance STEM education in Kansas by supporting activities that will lead to an expanded STEM workforce or prepare a new generation for STEM careers in the areas of aquatic, plant and soil microbiome environments and ecological systems.