This summer University of Kansas doctoral student Annalise Guthrie presented her research at the Goldschmidt Conference in Honolulu, Hawaiʻi.

As the foremost annual conference on geochemistry and related subjects, Goldschmidt attracts more than 2,500 international scientists and students from both the Geochemical Society and the European Association of Geochemistry.

Ms. Guthrie presented a poster about her research, titled “Evidence for rapid and wide-spread root-induced soil structural changes in response to land use.” She collaborated with researchers from seven universities on this project, including KU Professor Sharon Billings, and Kansas State University Professor Jesse Nippert. The work is funded in part by a Kansas NSF EPSCoR initiative called “Microbiomes of Aquatic, Plant, and Soil Systems Across Kansas.” 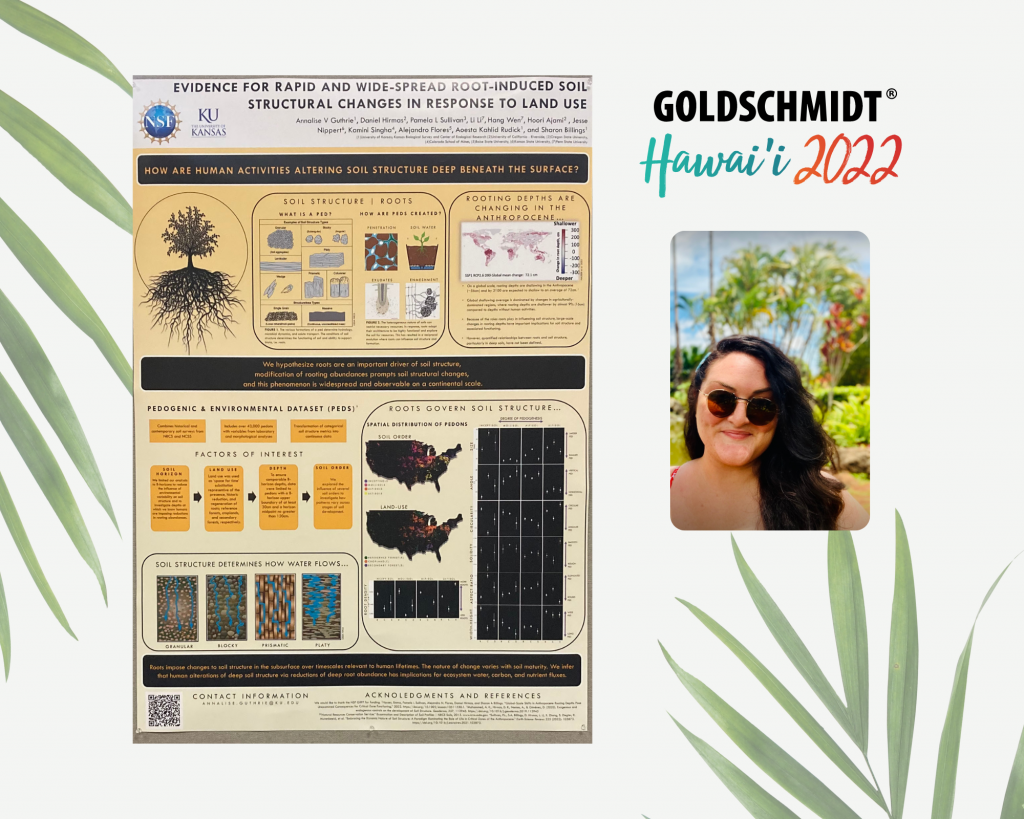